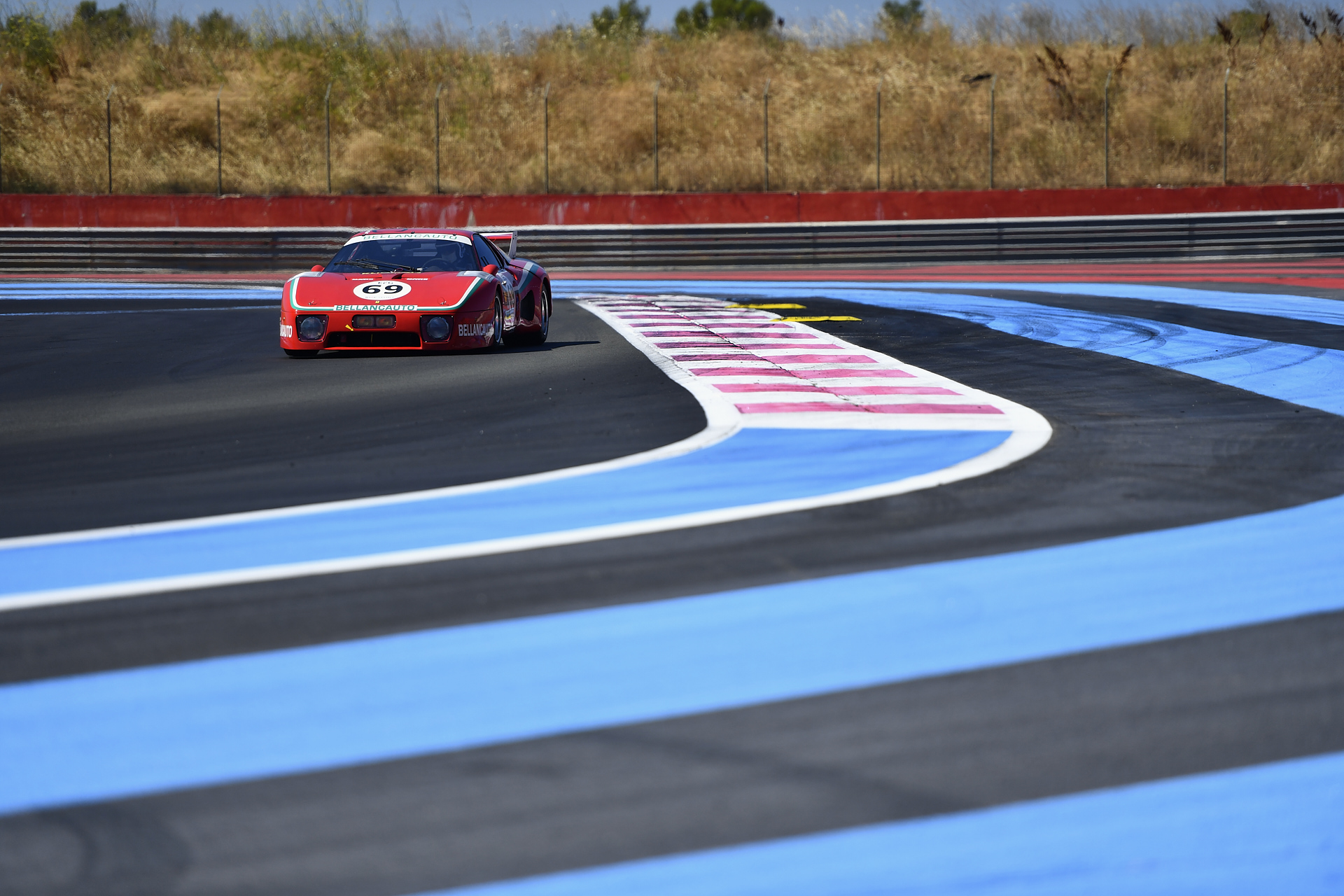 Competitor, club, individual collector or exhibitor; do you want to join us? 👉 Register now

Add to your calendar 🗓️

In 2010, the Dix Mille Tours du Castellet was the first meeting regrouping the different historic grids by Peter Auto. Indeed, the start of the current series of events.

The Circuit Paul Ricard, dedicated to private testing for many years, pardons errors thanks to its large asphalt run-off areas that cause less bodywork damage than the more commonly used gravel traps. This event has another particularity as it is the only one in the season to use two different layouts depending on the series: the one used for the French Formula 1 Grand Prix and the classic layout without the “North” chicanes. In the second configuration the 1.8-km long Mistral straight allows the Grand Prix de France de Formule 1 and the “classics”, without the Northern chicane. In this second version, the Mistral straight runs for 1,800 metres, allowing the Group C Racing prototypes to achieve a top speed of 300 km/h!

The spectators’ car park is free like the access to the grandstand opposite the pits and the one beside the Grand Prix Hall. The paddocks entry ticket allows its possessors to get near the 300 racing cars and talk to the drivers. It also gives access to the exhibitors’ village.

Consult the list of drivers participating in the Dix Mille Tours.

You are a car club and wish to come to the circuit of Paul Ricard?

Do you own a classic or prestige car? Take advantage of our special rates!

Find the detailed schedule of the Dix Mille Tours.

Buy your tickets to attend the Dix Mille Tours.

Experience the Dix Mille Tours in a privileged and exclusive way!

You wish to come to the Paul Ricard circuit?

Easily find your way around the Paul Ricardcircuit.

Find your accommodation near the Paul Ricard circuit.

Shopping Cart
Scroll to Top
We use cookies to ensure you have the best experience on our website. If you continue to use this site, we will assume that you are happy with it.Ok