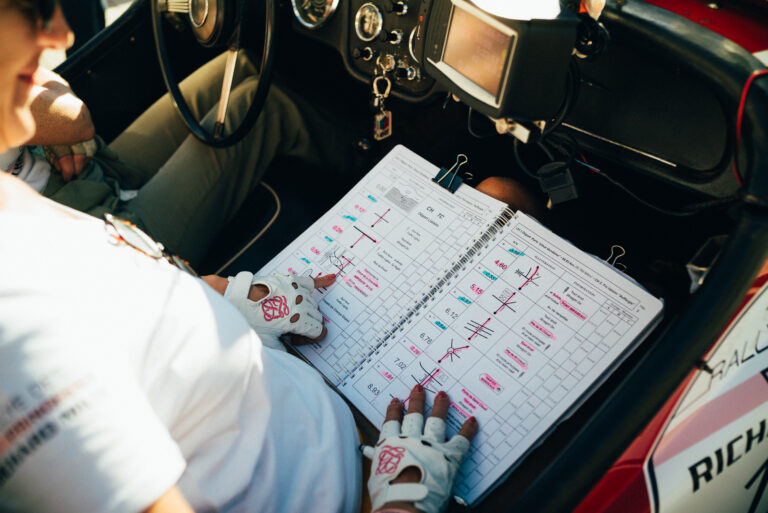 The Rallye des Princesses Richard Mille is a regularity event registered on the FFSA calendar. It consists of “road sections” on roads open to traffic and “special stages” also known as “regularity sectors” (SR).

The game consists in following an average speed given by the organisation according to the age of the vehicle. For example, a team entered in a 1960s Triumph will have to get as close as possible to an average speed of 50 km/h. The competitors know the starting point of the regularity sector, but do not know where the finish is.

They are guided by a roadbook, a stopwatch and a Tripmaster which allows them to know the partial and total distances. The role of the co-driver is very important because she punctuates the driver’s driving. 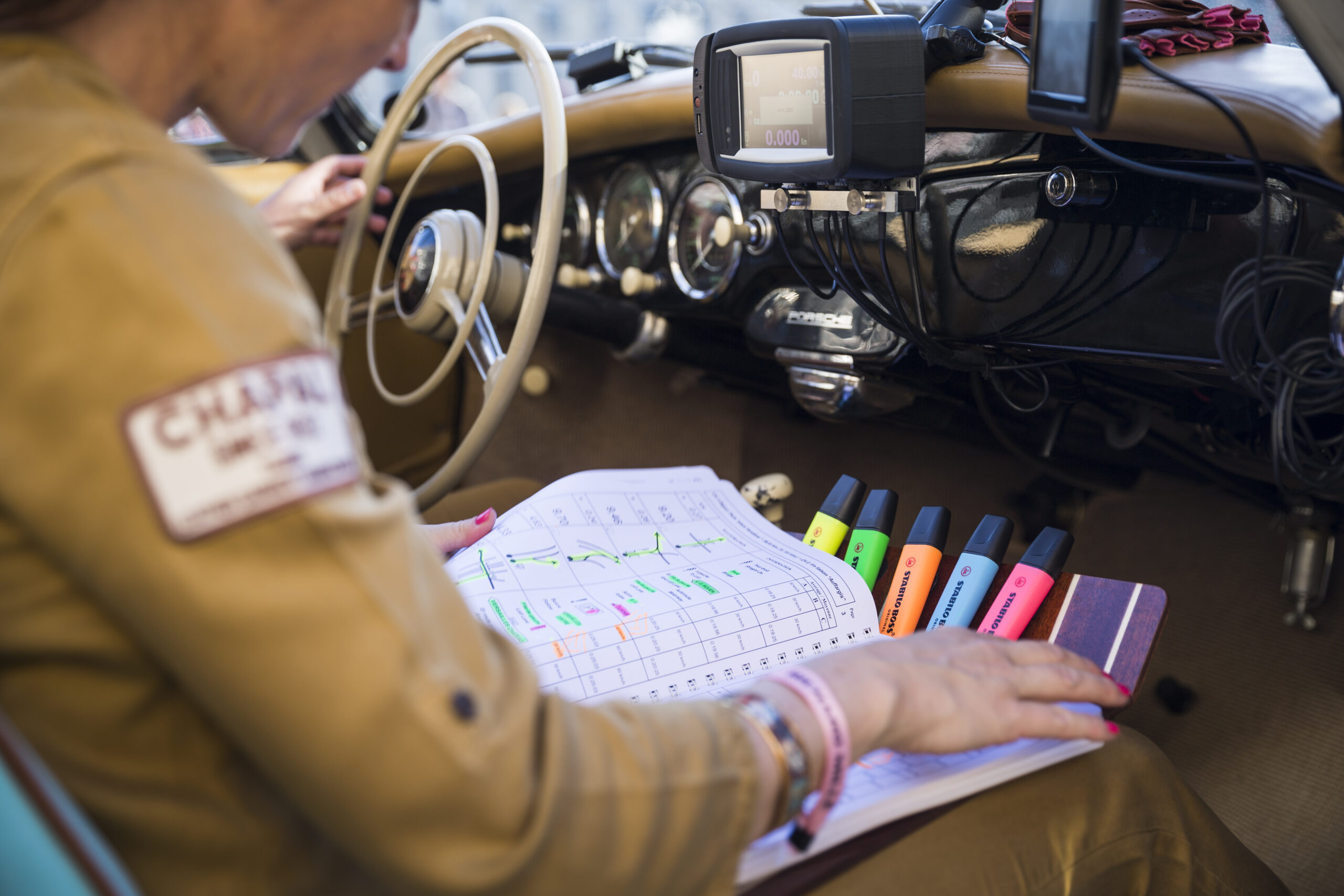 The Tripy GPS provided by the organisation has three functions:

Vehicles from the post-war period up to 1989 (date of the first registration) are allowed to participate.

* Concerns vehicles rebuilt in the spirit of the time.

A ranking is established based on the times achieved by the crews as follows: