The year 2023 will mark the 60th anniversary of the Porsche 911, the German manufacturer’s mythical and emblematic model. Since 2018, Peter Auto has been paying tribute to this racing legend by a series entirely dedicated to it, a first in the world of historic racing: the 2.0L Cup. Let’s have a look at the history of this series, the 2023 events and the changes to the regulations for this new season.

Widely represented in historic events, and because its history is closely linked to racing, this legendary model deserved a dedicated series. Created in partnership with the British Lee Maxted-Page and James Turner, renowned specialists of the model, the 2.0L Cup grid is the only single-model Series by Peter Auto. It is reserved for pre-1966 FIA-spec 2-litre Porsche 911s with a short-wheel base.

The difference is not the car, since everyone is on equal terms, but the driver! The pre-66 911, considered the purest by enthusiasts, is a full-body car. It is a rear overhung flat-6 engine with about 190 horsepower in the hands of talented tuners. A car 100% fun to drive, where sliding becomes an art!

Updates to the 2.0L Cup regulations

For the 2023 season, and in the aim of controlling the preparation costs of these cars, Peter Auto is adjusting its sporting and technical regulations.

The first update consists of organising the events of this grid over two days instead of three, while maintaining the same number of sessions, which includes a free practice session of 30′, a qualifying session of 40′ and a race of 90′. One day less on site means saving as many hotel nights or support crews’ days as possible.

The second adjustment concerns the technical regulations themselves, since they are now fixed for the next three seasons, preventing any expensive developments often opposite to historic racing spirit.

Finally, the last change aims to reduce tyre expenses by limiting their use to 5 new tyres per event, without the possibility of remoulding them.

These new tyres, marked with a specific sticker, will have to be used from the qualifying session onwards, and to be used for the entire duration of the race, imposing on the competitors a real tyre management, in the pure spirit of endurance events!

In 2023, the 2.0L Cup grid will once again be present on the entire Series by Peter Auto: 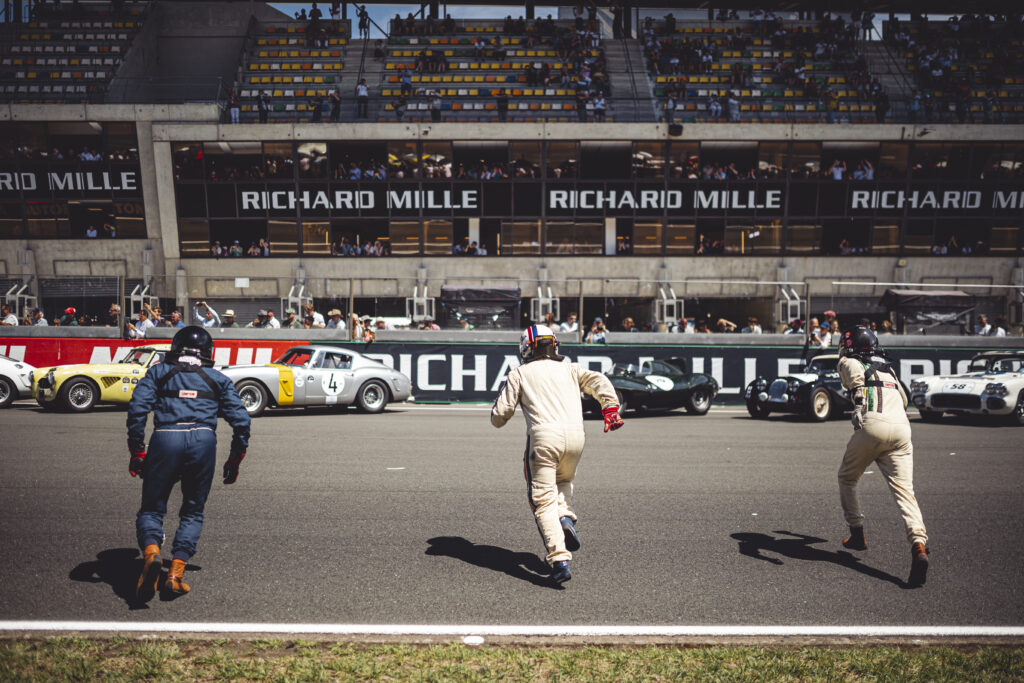 Le Mans Classic ticketing has been open since October 26th and is already the victim of its own success! The 2022 edition was a great…